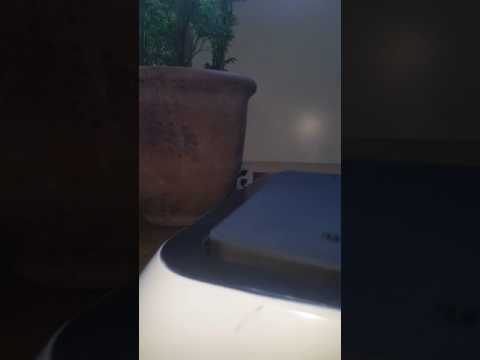 This video is especially good to show the low amplitude of the HyperVibe G17 Pro.  Low amplitude is a good thing because you can have stronger vibration with much less jarring.

The ones that have like 13 bull just say like just say a Zaaz or a V-max Trio those have 10 amplitude.  There’s more your levity there’s difference in levitational force which means like your heels or how many seconds in the session is your heel and contact getting that forth in the ones that go to 13 amplitude there’s a strong like there’s more displacement and it’s giving you know more levitation but not as much levitational force.  So, but if you want just say someone wants like less ballistic impact that’s this is seven millimeter amplitude.

When that’s going at 35 Hertz this is the only one that I can bend my knee I mean lock my leg I will not recommend that.  For most people but like just for a few seconds it doesn’t you don’t feel that intense jarring where you’re like you’re on a strong border you’re like a headache coming.  But I wouldn’t recommend anyone you know you know lock their legs but on this one why I’m talking like level 35.

But this one it goes to seven millimeter amplitudes.  I’m trying to show people that’s like if you look at my other videos you’ll see little did a little the tippy edge it’s like almost twice as high and in that can be jarring for people specially when you lean back on your heel you know it could be you know the ballistic impact is much less than that.

So if there’s there are certain people that I would recommend this for.  I mean all of you know have benefits but if someone just say I mean usually people that behind this one have usually people have bad backs or they have bad knees or a foot problem or some or some kind of pain or whatever they can’t and a lot of joint.

Dc motor low EMF what else I mean it’s I mean it’s quiet.  But if you don’t know on the higher-speed you know it’s loud but compared to another machine with it as like higher amplitude it’s like much quieter.  Let’s say that’s yeah that’s pretty much it if anyone has any questions about this I review this against every other machine.

In this one like I was saying about the video is the closest one to the VibraFlex.  And the VibraFlex is better does ramp up quick I mean it’s this one is I’ll show you I’m going to show you is a 20 Hertz how it goes at 26 Hertz like instantly.  I’m doing it I’m going to turn it to the highest Hurtz.  This one also goes this one goes to the G17 goes to a 35.  This VibraFlex goes to 30 that’s 30.  This the most expensive oscillating pivotal machine out there on the market.  [End of transcript]

Here is a second video demonstrating the benefits of a low amplitude whole body vibration machine.

[Transcript]  Hypervibe G17 is a very buzzy machine.  And what’s different about it is that it’s a vibration plate isn’t so high up off of the ground.  It’s actually lower so it has like a more subtle movement to it that’s less amplitude.  And that means that actually it can go much faster.  So the machine goes much faster than other machines and it just rocks back and forth on the ground in this very low amplitude seven millimeters back and forth tipping.  And it’s a type of vibration that really just goes everywhere.  Like I feel it down to like my pinky finger tips.  It feels like it’s moving everywhere.  And so a lot of g-force but a g-force that’s happening with less movement.  So I can handle actually more of that g-force.  [End of transcript]